Why Couldn’t I Just Be A Dad…Like Everyone Else? 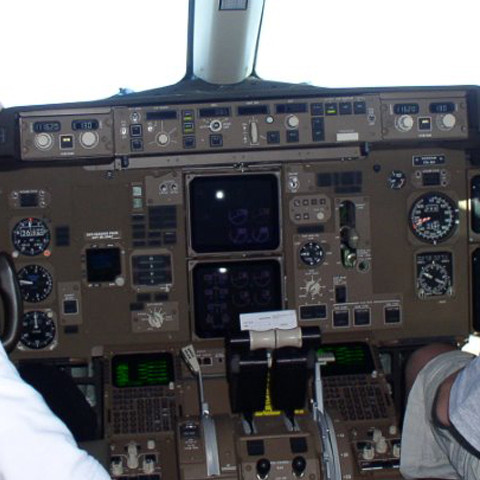 I’ve never been an emotional person. I’m a linear, logical, place-for-everything-and-everything in-its-place kind of guy. That served me well throughout Navy ROTC, flight school, and commercial aviation. To say I was ill-equipped to deal with Ryan’s autism may be the understatement of my life.

Dealing with autism is not as simple as dealing with the loss of your dreams. Of course, every dad sees his newborn son and can’t help but think of his first day playing little league, going camping together, his high school football games, his college graduation. Then you are told you need to start thinking in terms of group homes. The shockwave this sends through you runs so deep that your initial dreams just disappear. You learn to take life in much smaller bites and not look too far into the future. You’re soon surprised by the joy you can find in little things. He talked to a kid at school, he was invited to a birthday party, and he learned how to jump rope. Next thing you know, you’re dreaming again. Maybe it’s not for the Heisman Trophy; maybe it’s only that he gets to play in the marching band. You can’t keep going without dreams, no matter how small.

Even after you begin climbing out of the abyss; it is not a constant, steady climb. Two steps forward, one step back. Sometimes two steps forward, three steps back. That experience is both frustrating and frightening. But, as long as there is a forward step, there is hope. And, as long as there is hope, there are possibilities. Throughout middle school, high school, and even college, Ryan had an occasional meltdown. But we kept going because we had hope since there was always some forward movement.

I remember being angry at the doctor who diagnosed Ryan. I remember wanting to prove her wrong. I thought at the time that this would involve some work on our part, but that I’d get control of this like I had gotten control of everything else in my life. I’d power through this. Develop a plan, put it in place, and fix the kid. How dumb was I?

The worst part for me was this loss of control. There were times when I became overwhelmed and angry at the thought that this was going to be my life forever. Sometimes I was teased into temporary feelings of joy when Ryan would have a good day — no crying and no hitting. Inevitably, the next day we were all dragged down into autism hell again, Ryan screaming, Marcia and me fighting, and Megan running to her room so that she didn’t have to listen to any of it.

But life was most difficult when I didn’t have a plan. Not having a plan happens with all kids, but when you have an autistic child, you deal with it constantly. What should we try next? Auditory training, occupational therapy, prism glasses? (I’d like to say I’m joking about that one, but we actually tried them.) We bounced around from doctor to doctor, feeling that life was completely out of control. I got pretty angry during these no plan/no control times. When we had no direction, my daughter was not getting the attention she deserved, and I was angry at Ryan because of it. I smacked him when he misbehaved, and I see now I was just trying to get control of a situation over which I had no control. My progress out of this was much like Ryan’s, steps forward and backward.

This excerpt is from the book I Know You’re In There – winning our war against autism by Marcia Hinds.  The “experts” said Ryan would need to be institutionalized when he was first diagnosed. But they were wrong! Ryan is now an engineer at a major aerospace company. This selection was written by Frank Hinds, Ryan’s dad. There are also segments by Ryan’s sister and Ryan himself.  It will make you laugh and will make you cry! This is the book you don’t want to miss.

Phone: 805 497-8202   Email: hindssite@verizon.net or marcia@autismandtreatment.com
There is more info to help on my website.

How to Get Through a Blood Test Without a Meltdown
February 26, 2018