Exercise Does a Body Good! 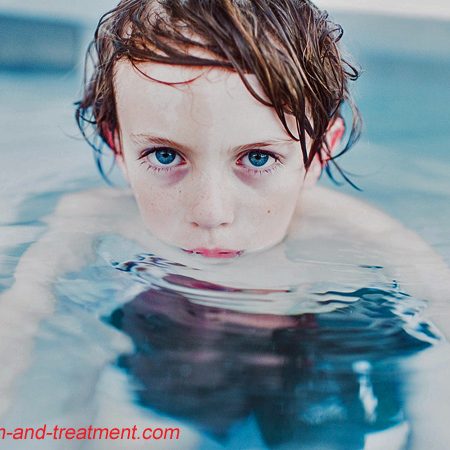 Exercise is key for our kids. Just like everything else about autism, helping our kids is complicated.  And helping them get better isn’t the result of doing one thing, but doing many things combined to alleviate the stress on their overloaded immune systems.  Doctors and other professionals don’t use the term “messed-up immune system”, but in reality and simple Dr. Mom talk… that’s what autism is.

Eating right, proper exercise, and treating hidden infections and viruses are just a few of the many things that can improve children’s immune function. And the more you can reduce the “total load” on their compromised systems, the more they are able to learn what they couldn’t before.  And the faster they start to develop again.  Sometimes it is as easy as changing laundry detergents to one that is free of dyes and perfumes.

I want your children to recover from autism and be happy/healthy like my son. Today my Ryan is an aerospace engineer. When he isn’t working, he is surfing and out with his friends. Yes, my son actually has friends now, but that wasn’t always the case.  Still that was the thing I wanted most for him.  And that was my wish when I blew out my birthday candles, threw a lucky penny in the water, or when I snapped the turkey wishbone!

In the beginning of our autism nightmare, if you had told me any of this was possible I never would have believed you.  Back then, the “experts” said he would need to be institutionalized. Ryan used to be that kid who never fit and wanted to spend his days playing with light switches and electrical outlets all day long and was content to not interact with anyone.  He was rarely included with the neighborhood kids or at school.  And sometimes Ryan was only one from his class not invited to a birthday party.

An essential ingredient to his recovery that contributed and helped him regain his health was getting him to move more like typical kids do.  Exercise is essential to better health and in this Dr. Mom’s opinion promotes better blood flow in the affected areas of our kid’s brains. That in turn allows the cells and other substances essential to better immune function move through the body so they can do their job.

This was proven to be true for my son with a before and after NeuroSPECT test. This test measured blood flow to the various areas of my son’s brain. The first time Ryan had one, it showed the inflammation in Ryan’s brain caused decreased blood flow to the areas that affected speech and social stuff.  Dr. Mena read the scan and had never met my son. Yet, he wrote in his report “autism???”  At that time I wondered how he could see my son’s autism if it really was a developmental or psychiatric condition.

Two years later, after Ryan was much improved, we repeated the NeuroSPECT test.  This time it showed decreased inflammation and better blood flow to the previously affected areas of the brain.  Ryan was rapidly improving and catching up on all he missed and couldn’t learn before.

Our kids don’t move like “typical” youngsters. And as a result they do not receive the needed input they should. In my Dr. Mom opinion and observation, the reason Occupational Therapy (OT) works so well is because it makes our kids replicate the things “typical” kids do all on their own just by being kids.

With my son, we only did OT for a short time. I soon realized I could provide what Ryan needed without yet another expense to the already overextended wallet. Instead, I took my son swimming, let him jump on our trampoline, and enrolled him in individual gymnastics lessons before he was capable of being in a group lesson. We hung out at places like “We Rock the Spectrum,” and those free McDonald’s play spaces. And Ryan took karate for years with his Dad. Any exercise and moving more were all things that helped my son’s immune system function better. I even paid the high school basketball star from down the street to come once a week to teach Ryan how to dribble and shoot baskets.

By doing Ryan’s OT program ourselves, we cut costs.  Our children are expensive enough with all the other treatments and special foods we need to provide. And we didn’t lose any valuable travel time in the car going to yet another therapy.  That time was better spent working on things Ryan needed to learn.  That’s also another reason why (whenever possible) I had his services and therapies done at our house. I brought the therapists to him, instead of the other way around.

Daily exercise continues to be an important component for my son and still keeps his immune system functioning at an optimal level.  But now, the trampoline and other activities have been replaced by surfing and classes at the gym.

Special diets sometimes go out the window and should sometimes.  On special occasions or on the holidays, it becomes even more difficult to prevent our kids from grabbing or eating those foods that they react to.  So when your kiddo gets that food they shouldn’t eat and it causes a reaction, here is your secret weapon…INCREASE water and exercise. This helps eliminate the offending food or trigger that caused an immune reaction more rapidly.  And it just makes sense.  What do they do in the emergency room for an allergic reaction?  They give a shot of Adrenalin.  And exercise can have the same effect and speed things up.

And for me, another essential therapy was to do something nice thing for someone else daily. Because helping others is the kind of therapy that helps us too.  It can be as simple as giving the woman in the grocery line a genuine compliment.  Now get those kids better, so you have time to join me to get the rest of them well.

What Could A Cow Possibly Have To Do With Treating Autism?
September 25, 2018