Keep Talking To Your Kid To Develop Speech! 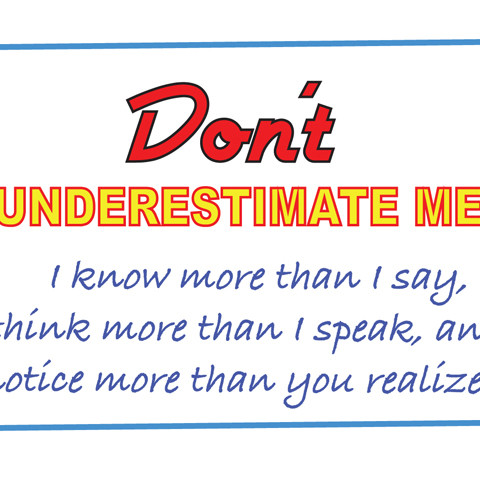 It was hard to keep talking to a kid who didn’t acknowledge anything. Why bother if my child couldn’t understand anything I said? Sometimes, it feels as if we are caretakers of an absent soul. But you must remember your child really is in there, even if he/she can’t communicate that yet. I kept talking to Ryan about anything and everything constantly. although I hadn’t yet realized the profound effect our one-sided conversations would have on my son’s future speech development. Talking to kids is how they learn to speak.  Sometimes, parents stop speaking to them, because they get no response. And some children have immune systems so compromised they might not be able to speak before medical treatment.

I wanted some inkling that I was getting through to Ryan, or that he was listening to me. He gave me nothing. Not a look, not a smile. He never nodded his head with understanding.  Most times all I got was that blank stare.  And since I was the only one talking, we never really had a conversation at all. Still, I kept talking to him about the same unimportant things like I did with Megan, my older child. The difference was, she responded.

Just like our kids, we need positive reinforcement to keep doing something. Since Ryan didn’t respond at all, I used to wonder if he was actually heard me. Most times, he acted like I wasn’t even there. It was hard to recognize his intelligence when it was overshadowed by his odd, intense, and unpredictable behavior. And I never got the bulletin that my son was still learning, just in stealth mode. It was only after he recovered, and he knew things from those conversations that I realized he had been in there all along. At that time, it was all about hope, and mostly desperation.

I used to think that all our problems would be solved if Ryan just learned to talk more.  What I didn’t understand is that kids on the spectrum don’t start speaking in full sentences when their immune systems start to function again.

Improvements in speech take time and the results are not immediately apparent. It takes at least three years for most “typical” kids to acquire speech and even longer for those with “autism”. Behaviors changed gradually, despite my insistence that change needed to be immediate and profound. It didn’t matter that I wanted him “fixed” before lunch!

Once Ryan started to develop again, he picked up where he left off. Ryan’s bizarre behaviors often overshadowed the fact that we truly were making progress.  I never missed it when Ryan did something wrong! I didn’t notice his improvement in speech because I was too busy noticing his tantrums in the mall.

What I also didn’t realize is after our children start to recover, they usually pick up developmentally right where they stalled out. All children must go through the same developmental stages, no matter what their chronological age. If a child was two when typical development stopped, they resume their development at age two.  And two-year old behavior doesn’t look so good in a seven-year old body. For parents of older children, the Terrible Two’s in an eighteen-year old body can be extremely frightening.

Sometimes, parents mistakenly perceive the start of development and improvement as a new behavior issue and believe their kids are getting worse. What appears to be a new behavior issue can actually be a good sign. You may think your child is acting worse or that your child is regressing, but they are really improving.  A twelve-year-old who is two developmentally is much harder to deal with than a zoned out kid who doesn’t care about anything.

When Ryan started to wake up and develop again after treating his immune system medically, we still had to use focused rehab to teach him all he didn’t know. ABA, compliance training, and consistent parental guidance were needed to teach consequences for inappropriate behavior. Discipline for Ryan at age five was similar to discipline for a typical two-year old. You have to meet your child at the age they are developmentally.

Categories: A Good Place to Start is with These Blogs, Language and Developing SpeechBy Marcia Hinds

All Doctors Are Not Created Equal!
September 9, 2018