Being Ryan’s Mother Cured Me Of Ever Being Embarrassed Again! 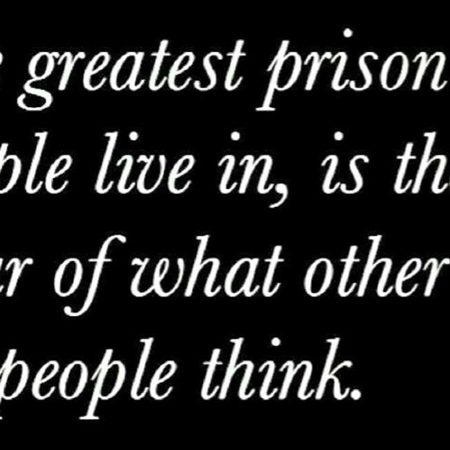 Since Ryan didn’t respond, it was hard to continue talking to him. I wanted some inkling that I was getting through to him, or that he was listening to me and what I said. He gave me nothing. Not a look, not a smile. Since I was the only one talking; we never really had a conversation at all. Most times all I got was that blank stare. At the time, it was all about hope, and mostly desperation. So I kept talking to him about the same unimportant things I did with Megan. The difference was, she responded. I hadn’t yet realized the profound and positive effect this one-sided interaction had on my son’s future development.

When I suggest to other parents they must expose their children to new situations, the typical response is, “It’s too hard to take them anywhere.” Or else, “Why bother when my kid can’t really understand what is going on, anyway?” I also wanted to hide my kid at home, so I didn’t have to deal with the behavior issues or people’s indignation with how my kid acted.

But that wasn’t what was best for Ryan.

It’s important to take your children to the museum and anywhere that stimulates learning. I continued to expose him to situations that encouraged him to interact with the world, even when his behavior caused issues for others and embarrassed me. I learned to ignore the stares from those parents who have already decided, in a few short minutes, that I was the worst parent ever.

Even when Ryan finally start talking in sentences, he spoke about whatever popped into his head.

Ryan had no filter, nor did he know how to show interest in anything anyone else said. He said all the things we think, but would never say out loud. If the lady in the grocery store checkout was fat, Ryan informed her. If the man next to him had forgotten to take a shower, we were all reminded. I never knew when he would say something that would make most parents want to crawl under a table and hide. Being Ryan’s mother cured me of ever being embarrassed again.

And good luck trying to embarrass me now.

We had to do our own modified version of ABA ourselves since no one was doing it at that time in Minnesota. ABA is time intensive, person intensive, and cost intensive. But that turned out to be a blessing in disguise since Ryan got ABA throughout his day in the most natural settings possible. I would have paid anything to get someone to do this for me, but no agency could do ABA at the level of intensity Ryan required. And I wasn’t happy about that.

Most agencies suggest at least thirty to forty hours a week of ABA. But unknowingly we probably did more. And when these techniques are used in a more natural setting and incorporate what our kids love or obsess about to motivate them, it doesn’t seem like it is work. When parents know the proper techniques they can address every behavior and every learning issue as soon as it surfaces, when it surfaces, and every time it surfaces in multiple settings. The ABA agencies can help, but parents must make sure what your child learns is reinforced throughout their day in multiple settings. This is a job that must and will fall to the parents. Most parents work more than forty hours a week teaching their typical kids all the things they need to know.

Our children may not talk or show you they understand what you are saying, but you have to assume they do. I cringe when I hear parents talk about how awful their children are, right in front of them. I worry that they think their child is not only autistic, but deaf and stupid as well. Every child wants to know their family loves them and thinks they are good kids. Talk to them like they get it, even if you are not sure they do.

Nobody (not even me) thought my kid was capable of learning or taking in information, but he was. I often questioned if there was any form of intelligent life in there. You have to believe he or she is IN THERE in spite of all evidence to the contrary.

Ryan became an aerospace engineer, and what I wanted most for him actually happened.  He is happy and has friends. Ryan’s recovery wasn’t miraculous, but the result of receiving proper medical treatment combined with behavioral, and educational interventions.

To preview my book, “I Know You’re In There – winning our war against autism”go to Amazon or my website www.autism-and-treatment.com

There is more info to help on my website.