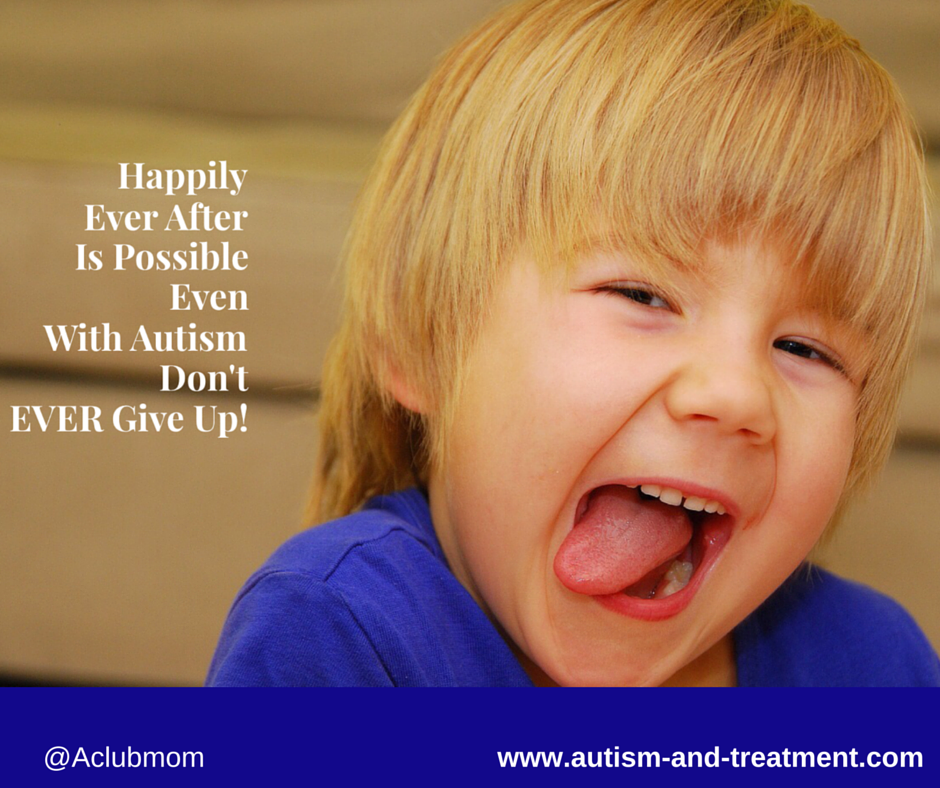 www.autism-and-treatment.com In the beginning of our autism nightmare, I had trouble putting one foot in front of the other. Some days I was so discouraged, I wasn’t sure I could get up to face another day filled with autism. When my son started Kindergarten, he was in the 3rd percentile for speech and lacked all functional language. Most of what I did back then was so I could tell myself I tried everything if I ever had to put him in a group home. When my son was in middle school, my dream was that one day he might be able to hold a job at McDonald’s and live independently. But at that time even I didn’t believe Ryan could ever lead a typical life or accomplish all he has. Ryan surpassed all of my expectations, but recovery took time. And here are nine things you need to know about autism.

I want all of our children in the A-club to have a future and meet their full potential. Our story had a happy ending, but how many parents are still told by their pediatrician and psychiatrists that there is no hope for their children’s futures. And how many kids will not get better as a result?”

Marcia Hinds wrote I KNOW YOU’RE IN THERE-Winning Our War Against Autism. When her son was first diagnosed with autism, the “experts” said Ryan would need to be institutionalized.  They were wrong! He is now an aerospace engineer, has friends, and leads a typical life.  Ryan’s inspirational story is told in a way that is heartwarming, heartbreaking, and sometimes hilarious. Marcia has a degrees in Psychology/Sociology from UCLA and a teaching credential. But Marcia’s most impressive credential is that she is Ryan’s mom and their family beat autism.

You can find Marcia and more information at www.autism-and-treatment.com All profits from her book go to spread the word that autism is TREATABLE!