Autism: The Real Story Needs To Be Told

Imagine a world… where increasing numbers of children show up in our schools without speech, lost in their own worlds and have no hope for the future.

When you have a child with autism, you don’t have to imagine any of this. If your child has been diagnosed with autism, this is the world you live in! How can we just stand by and let this happen?

Some say the increase in autism is because of better diagnostic tools and awareness. Don’t believe it! The increase in autism is REAL!!! No one can miss a child with autism. They have epic meltdowns in the grocery store and throw award-winning tantrums in restaurants. They do and say strange things. And some never say anything at all, including “I love you.”

Still there is hope. The solution to the autism crisis seems complicated, but in reality is simple if you know the truth about autism. Autism is a complex medical condition caused (in most part) by an immune system that is not working properly.

My son, Ryan, was diagnosed with autism at age four. I was told there was nothing I could do. A psychiatrist, who was a leading authority on autism, told me that my son would probably need to be institutionalized. She was wrong.

Ryan’s recovery helped me realize autism is a treatable and changeable condition. Treating him medically took time; the road was long and difficult. It felt as if it would last forever! Our family made many sacrifices and mistakes along the way. Some days we were barely hanging on by our fingernails. But, the only institution Ryan ever ended up in was the university where he graduated Magna Cum Laude. NASA paid for most of his master’s degree after he completed a paid internship with them. Today he works as an engineer at a major aerospace company, when he is not surfing or going out with friends.

We need to stop looking at this backwards. Autism is not the cause of the many medical conditions that our children suffer from. In reality, it is the other way around. The dysregulation of their immune systems results in the symptoms we call autism. Autism needs to be taken out of the psychiatric journals and put into the medical books where it belongs. Physicians who know how to treat autism medically understand that once the body works, the brain follows.

Unfortunately, there is no easy fix or magic bullet. It takes time to repair a child’s compromised immune system. And each child has different medical issues.  Once the body has healed, a child still needs focused educational and behavioral interventions to catch up on what was missed when they were too sick to develop normally.

Even though our children are often said to have low intelligence, don’t believe it.  The book Carly’s Voice demonstrates just how smart our kids really are.  Carly lacked speech and couldn’t communicate with her parents until she learned how to type at age ten.  She still hasn’t gained the ability to speak but after reading her story no one would ever question just how intelligent and capable she is.  Carly is a great example of why we need to solve the autism problem.  We need to put an end to this disease that is taking our children and robbing them of happy and productive lives.

Even if you don’t have a child on the spectrum, you probably have one in your child’s classroom. When a child is ill with autism, they rarely recover completely without medical treatment no matter how much money is spent on their education.  Our educational funds are limited and sometimes used ineffectively.  The autism epidemic takes away from all of our children, including the healthy ones.

Autism awareness is no longer enough! We need a doctor on every corner who says I know what this is and I know how to treat it. The world needs to realize our children are not broken — they are sick. They can get better with proper medical treatment combined with focused rehabilitation. Many children have already made the long, difficult journey to recovery. If these children can be healed, more can be helped. We no longer have to sit and watch helplessly while our children slip away.

Don’t believe all you’ve been told about autism.  You know that your child is ill. You’ve caught a glimpse, however brief, of the loving, vibrant child who is hidden behind the veil of autism. You know they are in there. We must join together to give our children a future. We can agree that this is a medical and treatable condition. This must be our message; unwavering, unapologetic and most of all, unified. The infighting among different groups about what causes autism and how to fix it must stop. This is the only way we will win the war on autism. We must never give up until we find the answers for our children.

Changing the Face of Autism Video

ALONE there is little we can do about autism

TOGETHER we will be unstoppable! 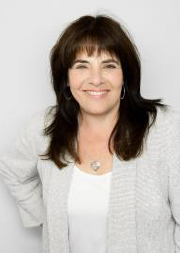 Marcia Hinds is a DIY autism parent and wrote I Know You’re In There: winning our war against autism. Her inspirational book is the story of her son’s recovery. The “experts” said Ryan would need to be institutionalized. But they were wrong. Today Ryan works as an aerospace engineer, has friends, and is living a typical life. After medical , behavioral and educational interventions, remarkable things happened.  That’s when Ryan was able to learn what he couldn’t before. Their story is told in a way that is heartwarming, heartbreaking, and sometimes hilarious. Marcia has degrees in sociology and psychology from UCLA and is a credentialed teacher. But Marcia’s most impressive credential for writing this book is that she is Ryan’s mother and their family survived the autism diagnosis. You can find more info to help on Marcia’s website  www.autism-and-treatment.com

All profits from I Know You’re In There go to autism research/treatments.
More Articles
Go to Top